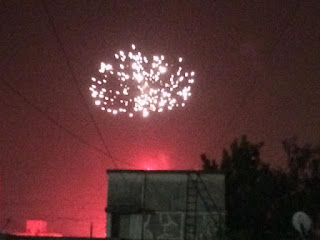 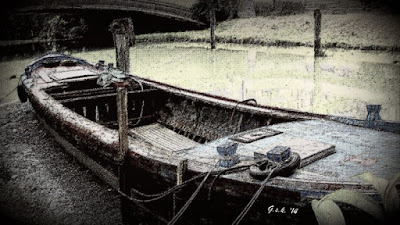 A fishing boat spotted the ninth cayuco of the year wallowing in the trough between massive full-moon waves, its occupants’ faces grey with sickness and terror.

Tourists took photographs as people struggled up stone steps to policia and medicos, silver blankets and bottled water on the harbour wall. There were disbelieving gasps when another layer was revealed – second-class passengers under the feet of the first, their hair and clothing soaked in brine and vomit.

Just one woman remained, searching desperately through the filth until she found, wedged beneath the lowest seat, a bundle that had stopped crying hours before they sighted land.

--------------------------------------------------------
The above photograph, taken by Georgia Koch, is this week's prompt for Friday Fictioneers, hosted by Rochelle. When you've left a comment on my story (please!) you can read other writers' interpretations by following the Blue Frog link from her blog
https://rochellewisofffields.wordpress.com/
My story is based on fact. When we lived in Tenerife I witnessed similar scenes in  Las Galletas, the village where I shopped - these photos were taken at sea and on the beach there. 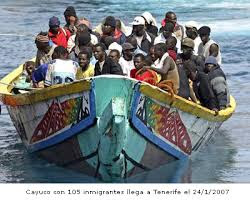 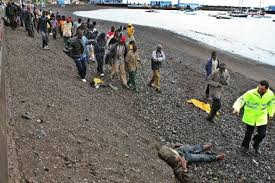 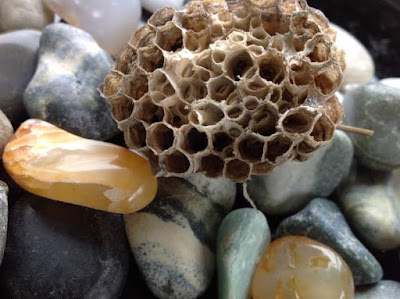 Kanet had ruled for sixteen years, but when he saw his cousin’s army approaching he fled the island, leaving his daughter to be captured. Izobella cursed him as she threw her crown at his departing sail, and the gods blew up a storm which swamped the boat, sending Kanet to his death.

Centuries later Bella, playing on the beach, found a sea-glass jewel, its wave-tossed surface dulled but still holding inner fire. She took it home and stuck it to a cardboard crown.
“See, Mummy, I knew I was a real princess!”
....................................................................................
The photograph which prompted my story was taken by Janet Webb and posted on Rochelle's blog  https://rochellewisofffields.wordpress.com/  Follow the link from her blog to read other interpretations of the photo prompts that are posted each week. You can also read more of my stories by browsing my archives which are listed on the right.
I spent some of my childhood scouring Brighton beach for pieces of sea-glass among the pebbles, and to me they were always jewels.
Posted by liz young at 11:00 16 comments: 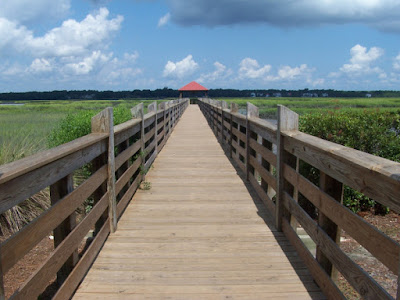 When Tom was young his parents used to take him over the reed-bed to picnic in the summer-house.
“Walk quietly,” his father would warn, “Don’t wake the troll,” and Tom would tiptoe across in delighted terror.
Later, Tom played the troll game with his own children, and even his worldly-wise grandchildren trod softly over the bridge.

One afternoon, at an island picnic, Tom collapsed. His sons raced homewards carrying him, their footsteps loud on the bridge, and they were halfway across when a massive arm reached up and snatched the body.

“It’s what Tom would have wanted,” they said at his coffin-less wake.

-----------------------------------------------------------
Firstly I am proud to tell you that I have had a poem accepted for World Poetry Day, which you can read under the 'Melting Pot' tab on Liz Brownlee's blog at:  https://messagepoemstotheplanet.wordpress.com/
Secondly I would like to say 'Welcome' to another two followers who have appeared out of the blue - thank you for your interest in my blog!
And thirdly, this week's photo was taken by Adam Ickes. I remember the photo, so presumably I have written a story about it before, but I can't remember when or what, so here's a new one! The prompt was posted for Friday Fictioneers on Rochelle's blog  https://rochellewisofffields.wordpress.com/  To read other stories, follow the Blue Frog trail from there. 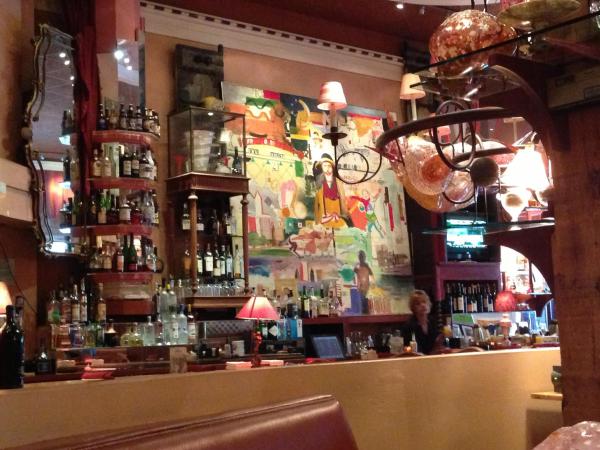 Janine was so sunk in despair that she walked into the cafė without realising it hadn’t been there yesterday.
A coffee appeared and a hand gripped hers. “Tell me about it, dear.”
Mesmerised by the pulsating glow from a wall lamp, Janine spilled the whole sorry tale of love and betrayal.
“You want revenge,” the stranger said, “Give him this.”

The bottle hummed in Janine’s grasp as she walked home, but she mixed its contents into his curry without hesitation. She only came out of her trance when he lay writhing, but by then it was too late.

They never did find the shoppe.