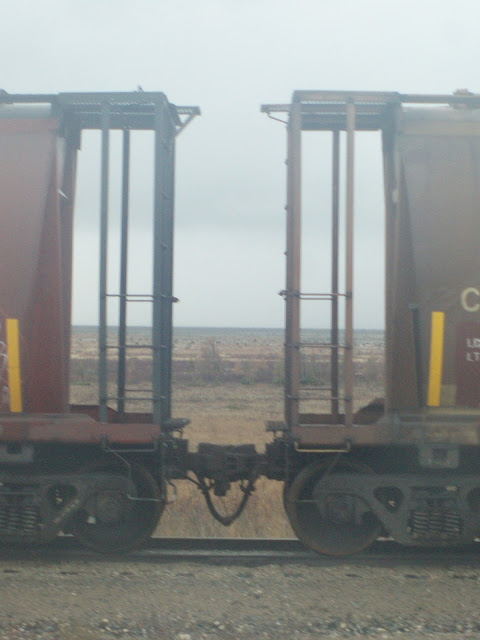 “But why?” she wailed, willing herself not to cry – he hated tears – “What will we tell people?”

“It’s no-one else’s business.” He stood abruptly, knocking his chair over as he slammed out of the diner. She grabbed her bag to follow, but the waitress called, “That’ll be five dollars,” and when she ran outside he was a hundred yards away. She held her breath as he crossed the tracks just ahead of the engine.

In the interminable five minutes it took for the wagons to pass, he had vanished.

This may be the last FF post I do for a week or two - Blogger have forced a new format on me which I loathe. For one thing I can't get rid of the underline in draft, though it isn't there in the preview, and although I've opted for black type it's blue in draft and a horrid pale green on the preview! So when the weather - and my temper - cools down a little I shall be fighting technology. Grrr!