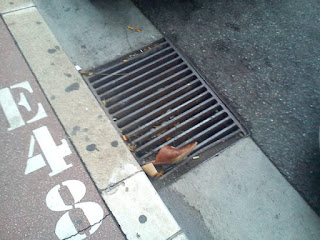 Howard’s family owned the local mill and he was educated at Eton. He was an intellectual snob, so the town was amazed when he married Sally from the butcher’s.

All too soon the sexual fervour wore thin and Howard began to regret marrying beneath him. He constantly criticised Sally’s accent, grammar, and celebrity magazines, but when he banned her television soaps she snapped.

She butchered the body expertly. Howard ‘pork’ sold well and his ribs roasted on many barbecues that weekend. Sally flushed the more identifiable scraps down the toilet, including the brain that had caused her so much grief.