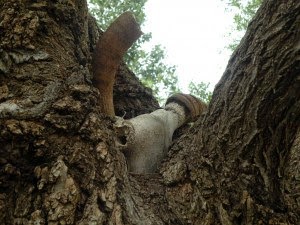 “It’s immoral, interfering with Nature like that. It’s one thing to improve food crops, but making trees is God’s job.”

“That’s where you’re wrong, Zeeta – in this laboratory I am God.”
Graham carefully inserted one cell into another, his back eloquent with triumph.

Zeeta slung her lab coat on the bench and left.
As the security gates shut behind her, a bolt of lightning struck the building, and she sped away, terrified, while explosions shook the Institute. 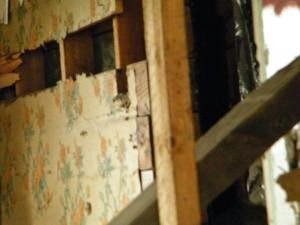 I loved that tree.  After school I used to climb its broad trunk and sprawl panther-like with my face pressed to its warm bark.
In summer the leaves hid me from Ma and her chores, while in winter the branches provided the perfect platform for launching snowballs.
I kissed Jenny Thompson in the tree’s shadow and our carved initials grew taller with me.

Fighting far away I visualised it protecting my home but when I came back it was gone.
“You’ve killed my tree!” I yelled.
Pa stared. “It was only a tree, son – your Ma wanted a porch.”

Email ThisBlogThis!Share to TwitterShare to FacebookShare to Pinterest
Labels: Friday Fictioneers, Only a Tree, porch 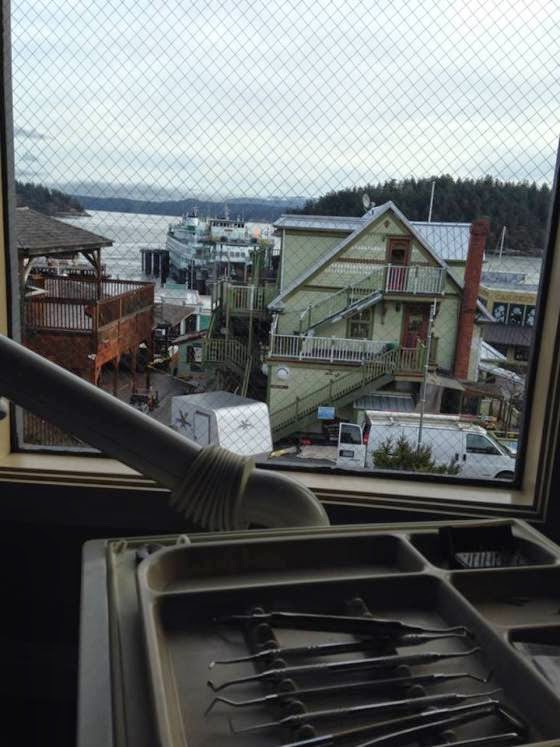 The man in the splattered plastic apron tightened the straps anchoring Mark to the chair and moved back out of sight.

Mark flexed his bleeding fingers but the band around his forehead prevented him from seeing how much damage had been done. Not that it would matter soon.

He swivelled his eyes to the window, resigned to the fact that this would be the last thing he ever saw. Freedom was just outside that window – ordinary people living their ordinary lives behind their own glass panes – he could almost hear their televisions.


Would they hear him when he screamed?

another 100 worder for Friday Fictioneers hosted by Rochelle - do go and read the other stories via the link on her site, 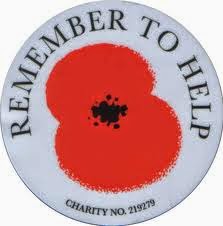 Many people celebrated D-Day with solemnity and taste, which is right and proper - after all, far too many of England's youth didn't live to see the end of the war 70 years ago.
The Royal British Legion helped the injured then, and are still helping them and their dependents now, including the only branch in the Canary Islands - our branch - which is in Tenerife. 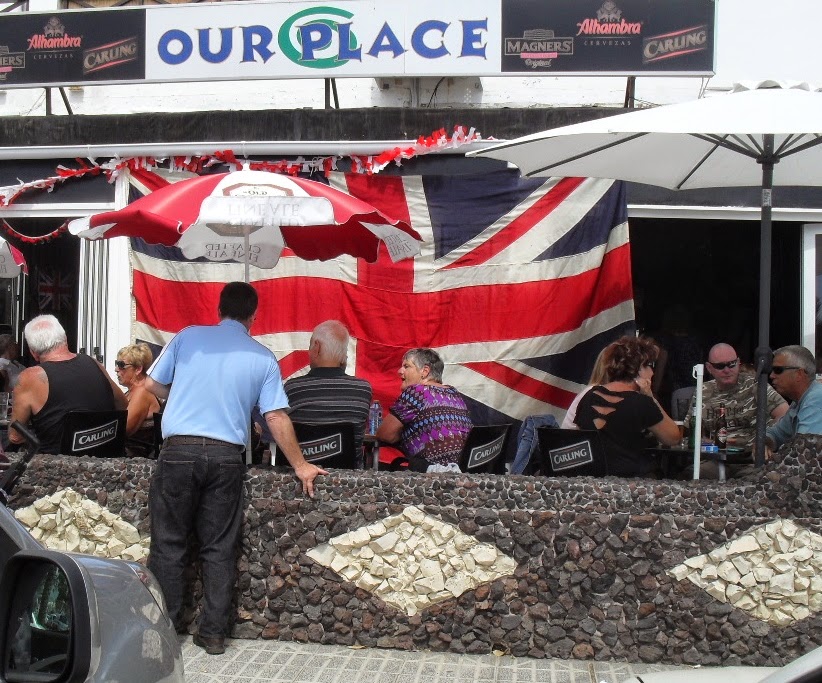 We are suitably solemn at our Remembrance Day service, which is attended by over 350 people annually, but today we partied at Our Place Bar, Costa del Silencio.

We had entertainers, all of whom gave their services free on their traditional day off. Singers and comedians -


Andy's Chubby Brown was very funny (and very rude, but we were warned in advance!) 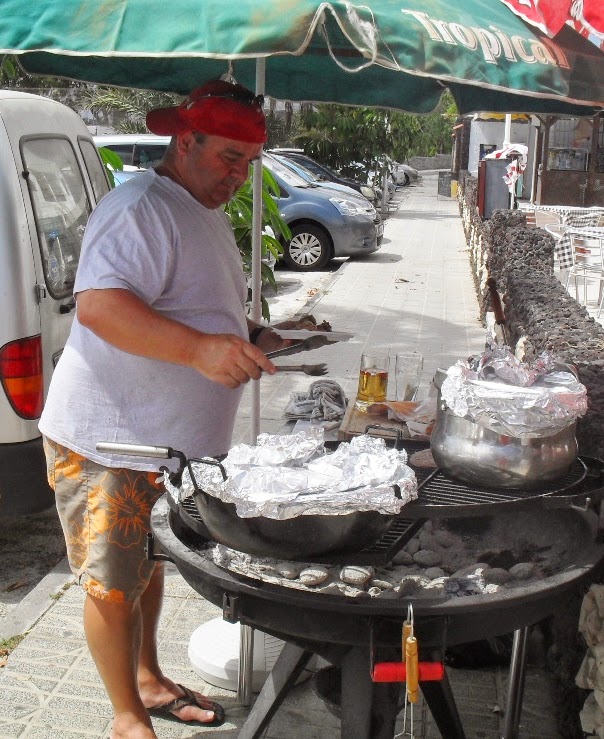 and there was a barbecue - don't they say, "Never trust a thin cook"? 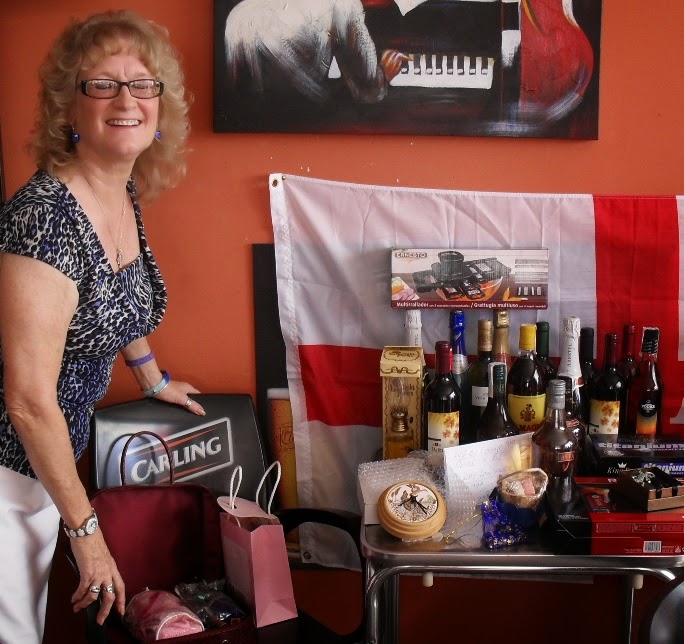 and a raffle, complete with obligatory fondue set, run by the lovely Diane -

and of course, as this is Tenerife, there was Bingo, which was won by Lol - the lady who single-handedly raised almost 2000 euros last year by persuading the customers at her till that they didn't actually need their change. 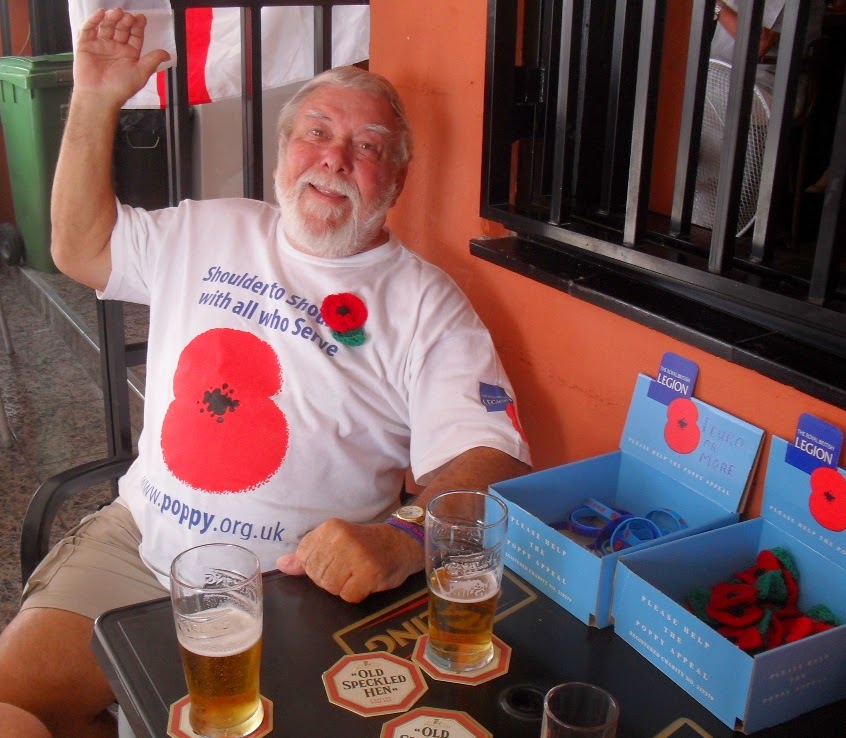 This is Kelly, our Poppy Appeal Organiser - not one to hide his light under a bushel!
As soon as the Remembrance Day Service is over he grows that beard to magnificent proportions and plays Papa Noel to local orphanages.

The final score for today has yet to come in, but we reckon we raised about 500 for branch funds.
Not bad for a membership of less than 20. 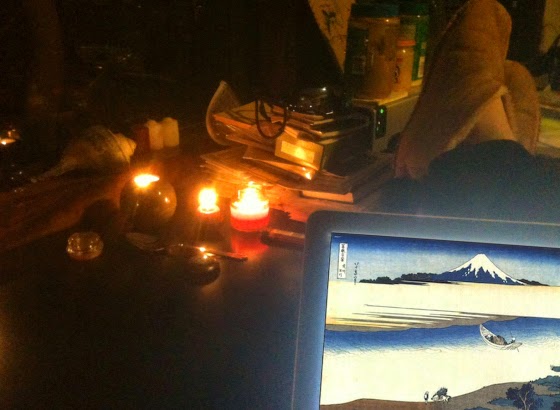 The car skidded to a halt mere inches from the garage and they negotiated the icy path to their front door. When Tony pushed it open a lump of snow dropped down the back of Georgina’s collar. Then they discovered the electricity had failed again.
“Good thing I charged the laptop at work,” said Georgina, sliding in a cd while Tony lit candles and phoned for a curry.
“I loathe this weather,” he said, “Let’s go abroad.”
“I’ll book somewhere online,” Georgina replied instantly, then she looked at the screen and laughed aloud. “I don’t suppose you fancy going skiing?”