IMPRESSIONS OF CANADA - and Quilts


I arrived in Toronto at eight in the evening, but my body thought it was one in the morning the next day, so my first impressions were absorbed through a fog of fatigue. Large airport, grim-faced staff at Immigration, then a welcoming hug from the son and daughter-in-law I last saw eighteen months ago.  An hour later we were consuming a hearty soup and homemade bread in their home in Ingersoll, and I managed to stay awake long enough to avoid jet-lag.
The next day we went to the supermarket, looked round Ingersoll, and visited a quilt exhibition. 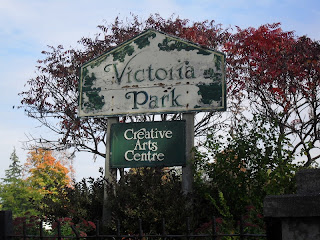 QUILTS!  At the Victoria Park Creative Arts Centre in Ingersoll there were hundreds of them - hanging on walls, draped over frames, suspended from the ceiling.
I was reminded forcibly of the tapestries women used to make to keep the draughts at bay in castles, because many of these quilts were far too ornate and delicate to sling over a bed - and you definitely couldn't put any of them in a washing machine! 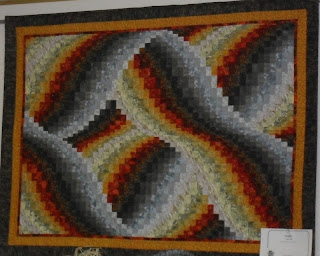 I was stunned - my own efforts at patchwork cushions years ago faded into insignificance in the face of this splendour.
The were quilts for babies, quilts that told a story, special quilts for weddings or birthdays or Christmas.

The labels on some told me that they had been sewn by one person and quilted by another - a complete industry revolves around this craft, of which the little stalls selling fabric scraps and strips and threads were only the tip of the iceberg. There were even some landscapes made from fabric. 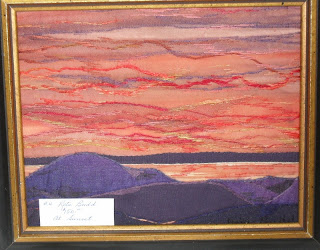 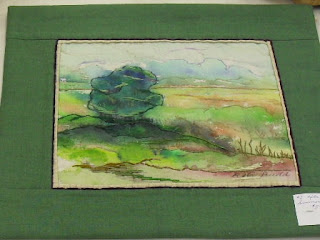 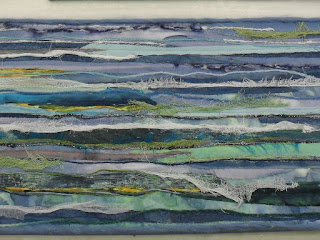 I was too dazed by the variety - and by tiredness - to ask sensible questions of the women - and men - who had laboured for so many hours to produce them, so I will simply let the photos speak for themselves. 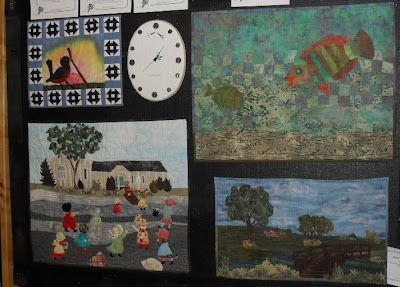 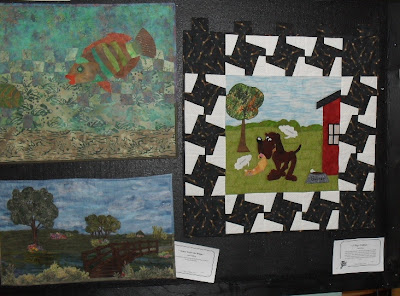 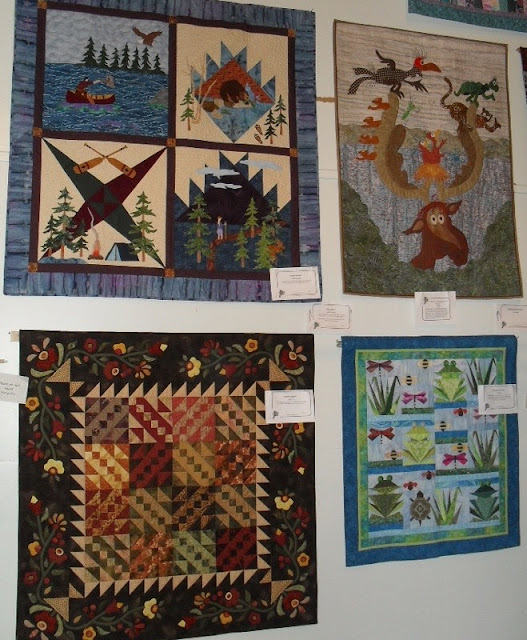 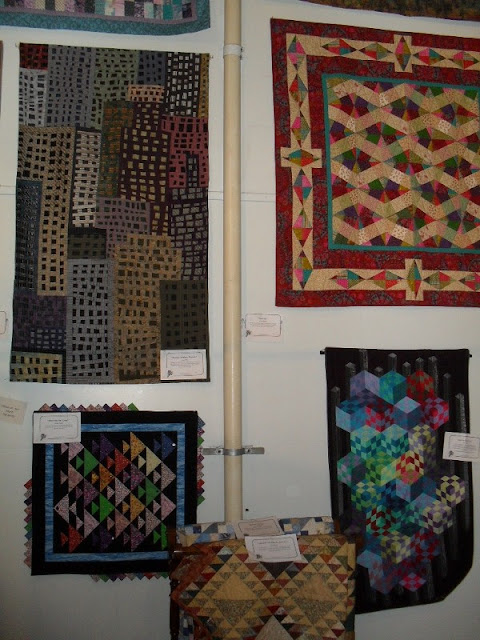 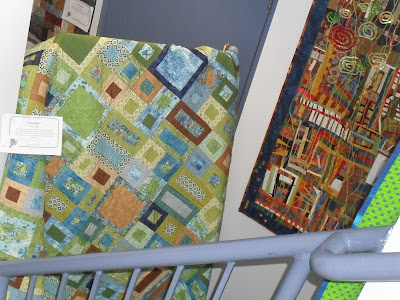 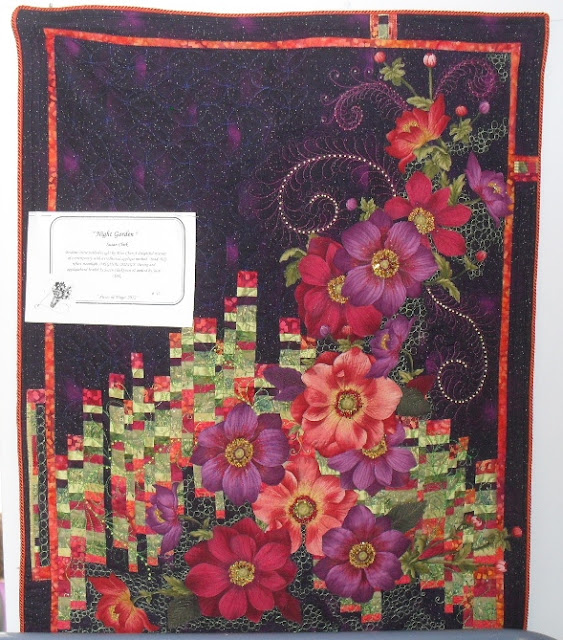 WOW!
That was only my first day in Canada - watch this space for more impressions.