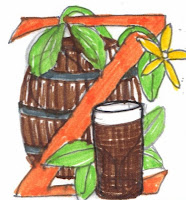 ZOUNDS! Having reached the end of the A-Z Challenge relatively unscathed, I thought I would post a blog for the OH, who has made mugs of tea but otherwise kept out of my way (most of the time) while I sit at my laptop.

ZYMOLYSIS is the process of fermentation.
No, I didn’t know that either until I looked it up. Presumably that means fermentation of any sort, from A to Z (sorry - couldn’t resist that) but for today I will concentrate on alcohol. 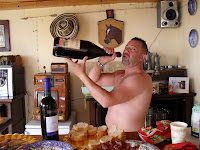 ZYMERGY is the science of brewing, specifically of beer  In the UK there are any number of beers, and of course the Real Ale aficionados will all have their own favourites, but the most popular beer in Tenerife is Dorada. Anyone who has holidayed here and likes beer will (or should) have tried the local beverage. 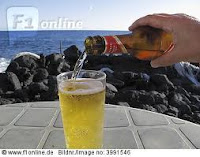 Dorada has been brewed by Compañia Cervecera de Canarias for half a century and almost every Canarian bar serves it – CCC practically has a monopoly. There’s the Pilsner type – normal lager - Especial which is stronger, and Dorada Sin which, despite its name, means alcohol-free (sin = without!)
It’s a really tasty beer – the one I choose when a real thirst hits me – and much better than any of the imported stuff that costs twice as much. Try it next time you’re in Tenerife.
The OH drinks Dorada all the time, so it must be good, although he wouldn't dream of drinking Sin. After a few too many jarras he snores even worse than usual. 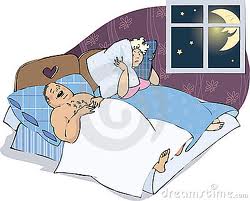 ZUG is the name I have given an old woman in the second book of my Living Rock series. She’s a game old bird who loves nosing into the affairs of her clan, and the name suits her. Isn’t it difficult choosing names for our characters?

Z is the end. The end of this challenge at least. Thank you to those who have stuck with me for the whole month, and to those who have joined me along the way. Most of you are writers too, so you will understand when I say it will be nice to get back to normal. I shall still blog, but not every day -
I have a book to edit, another to re-write, and some ideas to get down on paper before they disappear for ever!.
Posted by liz young at 08:45