U for UK - UNFORTUNATELY 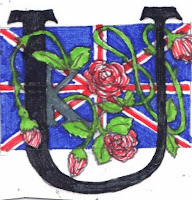 UK. There are many advantages to living in Tenerife. The climate is kinder on arthritic joints, for one thing – we know of one man who arrived here on crutches and within months was teaching badminton again. The cost of living is lower, as long as you go native and don’t do all your shopping in stores that import everything from the UK. We have fleeces but no winter coats, we don’t even possess wellies, and the beer and wine is cheap.
The downside is that we left friends and family behind – it is ironic that the first long word we learned from out flash cards was desgraciademente = UNFORTUNATELY. The space we left in the UK has filled up now, of course. Friends are pleased to see us when we go over, but we don’t have the minutӕ of daily life in common any more, and those friendships are fading. 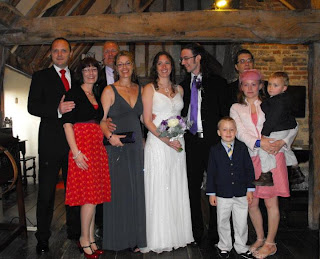 We left six children there too, and four grandchildren. Since then three more grandchildren have been born and are growing up without us. So when people ask, “Do you regret moving?” obviously expecting the answer to be “No”, we tell them that.
This photo is of my four children, their other halves and my two grandsons. The OH's family is more scattered but still UK based. 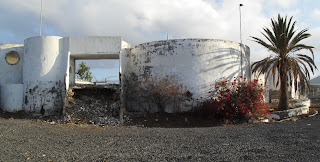 UNSOLD. The old bull-ring I featured yesterday was full of unsold cars for a couple of years. In hindsight it was definite proof of the coming crisis. They were parked in sad rows, their varied colours rapidly fading UNDER a layer of orange dust. Then one day there was a procession of gruas (tow-trucks) and they all disappeared. Did someone buy the lot or was the rent, even of an UNUSED bull-ring, too much for the company that owned them?
There is also a veritable rash of unsold apartments everywhere we go. “¡Oportunidad!” the posters scream from the balconies. We know it means another family has lost the battle to pay their mortgage.
UNEMPLOYMENT in Spain is around 26% - in Tenerife it’s worse, and el paro (dole) doesn’t cover the mortgage for long. No wonder the camp-sites and caves are filling up. One of our Columbian neighbours comes round regularly to fill some water bottles – his has been cut off – and the poor man is so embarrassed. He asked me last week if I could give him a euro to visit his child – he hadn’t even got one euro for the bus. Out by the basura at night, it’s not just tramps you see dumpster-diving for food, or clothes, or anything that might raise a euro or two at the Sunday flea-market. 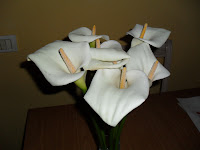 UNDERTAKER. Not a cheerful subject, but moving abroad sharpened our minds. So we paid for our funerals in advance – you can do it in instalments if you like – and it was at 2001 prices. The kids were shocked when we told them – “Oh Mum, you’re not ill are you?” – but now we can all relax in the knowledge that arrangements have been made. The cheapest funeral these days costs about £2500 – could your family afford that?

U is a bit of an orphan letter – USUALLY the least USED vowel – which I bear in mind when I do a codeword puzzle to relax before sleep. It starts so many negative words, as in UNATTRACTIVE or UNWRITTEN, but where would Q be without it?

UGH! Cucurachas – I hate them. In England, if something scuttles across the floor just on the edge of your sight, it’s likely to be a spider. Here it’s a cockroach. We put stuff down that they are supposed to take back to the nest to kill themselves, their babies and the eggs, but still they come. We double-wrap our rubbish, but if we put the kitchen light on in the middle of the night, there’s always one of the UGLY buggers. They are UNINVITED guests at any evening meal on the terrace, and we never leave a drink UNCOVERED outside – a mouthful of cockroach is decidedly UNPLEASANT.
They say cockroaches can survive a nuclear blast. Maybe so, but they don’t last long after a direct hit with a flip-flop. 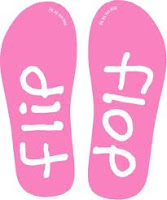 UP is the only positive word I can think of today that begins with U. Bottoms up. Chin up. Fill ‘er up. Gee up. Hurry up. Looking up. Mix up. Pop up. Stir up. Wake up. The only way is up.
Even the word ‘up’ looks odd when you use it too many times, doesn’t it? Cheer up!