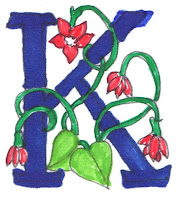 KIWI FRUIT. I read in the paper the other day that some Tenerife farmers are adding new crops to their repertoire. One they’re experimenting with is Kiwi, which apparently needs cold to ‘set’ the fruit. So they’re planting them up in Santiago del Teide where the potatoes grow. I can’t wait – I love eating Kiwi fruit with a teaspoon like a boiled egg. KIKA. In December 2000 we had been here almost a year and, deciding to continue our UK tradition, we had invited about 20 people for breakfast on the Sunday before Christmas. The day before, having bought the requisite sausages, bacon, and eggs, we were relaxing on the terrace with a coffee when we noticed movement on the terrace of the empty apartment next door. A cat and her four KITTENS had taken possession of a nest created by a coiled hose under a sun-lounger. We pushed some food and water through the railing while they watched us warily, and throughout the day they stayed there, the mother cat sizing us up. 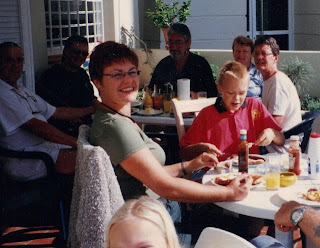 In the small hours we heard noises outside our bedroom window, and the next morning we discovered she had moved her entire family onto our terrace behind some plant pots. Well, we thought, if they stay put through a noisy party it looks like we’re stuck with them. They stayed. The kittens were too wild to approach, but the mother was obviously tame – she even deigned to accept a roll of smoked salmon with cream cheese. With glasses of Bucks Fizz in our hands we christened her KIKA. The feline family adopted one of my planters as a litter-tray and didn’t leave the terrace for a fortnight – friends would visit just to watch the kittens’ antics. 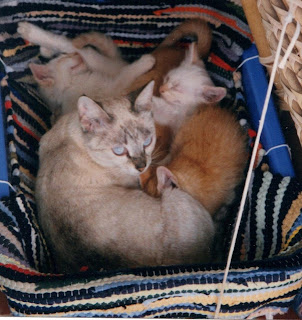 Then came KINGS’ DAY. January 6th – Epiphany – is traditionally the day when Spanish children are given presents, and there is the usual cacophony of fireworks that gets more intense as the day progresses. The kittens were terrified, scattered through the railing and disappeared. Kika was frantic. It took her – and us – all that day and half the night to round them all up again.
A month later we had re-homed the kittens, but Kika stayed. She welcomes us home by turning somersaults on the path, small neighbours stop to say hello to her on their way to school. Every now and then we hear a clang when she misjudges a leap through the railing and bangs her head, and she’s knocked a tooth out doing it which has spoiled her looks somewhat. She’s getting on a bit now - she’s given up even looking at the birds that hop along the railing thumbing their beaks at her, and she is increasingly fussy about her food. 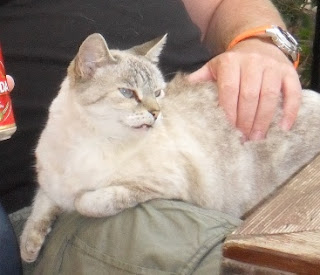 But – she panics if the door is shut while she’s inside the apartment, she still has mad moments when she races from one end of the terrace to the other after a bougainvillea flower, and she refuses to drink clean water, preferring the toilet water or the mucky brown stuff in the bottom of the plant pots – there’s still a bit of wildness left in her.

KILO, KARATE & KARAOKE are the only K words in my Spanish dictionary, which just goes to show what they Spanish think of the “KICKING K”.
Posted by liz young at 10:58