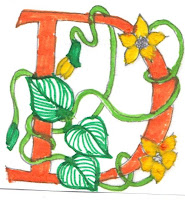 DESAPARECIDO
My heart always lurches when I see one of these posters. DISAPPEARED. It’s usually someone’s child, and I’m a mother and a grandmother. It doesn’t bear thinking about. But a couple of years ago a teenage girl went missing near us, and we witnessed every move as the tragedy was played out.
She phoned her parents to say she was on her way home from her boyfriend’s house. She never arrived. Her friends said she took the short cut. Her parents and neighbours searched and found one shoe. One. The next day a helicopter circled. The Army set up camp at the petrol station and spread out with dogs for kilometres around, questioned everyone. I collected a fistful of Desaparecido leaflets and posted them round our village.
A week later the Guardia arrested one of the neighbours. They found evidence in his car and persuaded him to talk. The man had wrapped the girl's body in plastic to disguise the smell and buried her under rocks. The dogs had walked right past her. That poor girl’s parents might never have known what happened to her.
And one small tragic detail emerged later. The kidnapper’s car had slowed down at a junction that night and a man heard her scream, “He’s going to kill me!” He called the Police but his Spanish wasn’t good enough to make himself understood.
We drive past that murder spot every week, and every week I remember.
To lift the DISMAL mood I thought I’d talk about DRAINS next.
If you DINE in a Tenerife restaurant or DRINK in a bar, you will probably visit the loo, where you will find a waste bin into which to DUMP your toilet paper. DISGUSTING, you think, and flush yours away. Please DON’T. Our drains are not DESIGNED for paper.
DIGGING through rock is DIFFICULT so the drains aren't DEEP and their DIAMETER is comparatively small. Some even go overland, propped up on blocks or piles of rock, and they are getting old. The population has more than DOUBLED and the drains get blocked.
My DAUGHTER once worked in an office on the ground floor of a 17-storey building. When DIRTY water seeped through the ceiling they called in a plumber. He had a DREADFUL job, wedged between the false ceiling and the concrete one, sewage DRIPPING on him as he worked in the heat. Try telling a whole apartment block not to DRAIN the bath or flush the toilet while you clear the blockage! 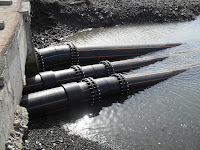 And a village near us is enduring months of DISRUPTION while new drains are run out beyond the harbour. DREDGERS created temporary DYKES to hold back the sea - they are only partially successful and the work stops at high tide. DIVERS go down to bolt the sections together and the contractors have promised to restore the beach to its former state. DO I sound DUBIOUS? 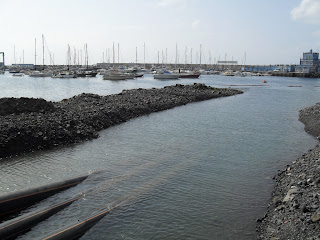