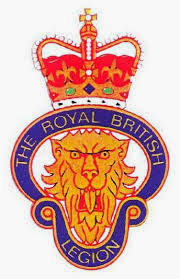 This is the official crest of the Royal British Legion, of which there are branches all over the world - even here in the Canary Islands. The actual branch is in Tenerife  and we have less than 20 members, but our Welfare Officers cover the entire archipelago. They have occasionally had to fly to other islands to assist an ex-serviceman or -woman in difficulties.

The Royal British Legion is a charity that exists solely to aid British ex-Servicemen and their dependants, and the poppy is sold in memory of the poppies that sprang up after WW1 on the devastated ground over which so many thousands of young lives had been lost. BUT it is important to remember that the RBL caters for ALL ex-service personnel, not just WW veterans - there are still men and women being injured and killed today, and they or their dependants need our help.

This year 2014 is the Centenary Year of which much has been made on the media, but for anyone who doesn't know what it's all about by now - 1914 was the start of the Great War, which subsequently became known as World War One. It was billed then as "The war to end all wars" - would that this were true!

My husband Don has been Chairman of the Tenerife branch of the Royal British Legion for the past twelve years but is now about to hand over the reins to some (slightly) younger hands. It is fitting that Don's last act as Chairman was to oversee the 2014 Poppy Appeal in which we hope - fairly confidently - that we have again won the Noel Rogers Trophy for the branch which raises the most money per member. Last year we raised around eleven thousand euros - yes, you read that right - 11,000+ euros!

I took the following photographs at our Remembrance Service which was attended by around 450 people, including the British Vice-Consul Helen Keating, a representative of the Tenerife Government, Jesus Morales Martinez, many ex-servicemen living out their retirement in the sun, some who fly out specially each year to join us, and hundreds of people of many nationalities including British, Spanish, Belgian, French and German. 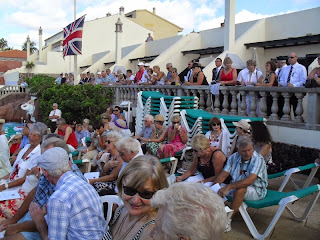 You had to arrive early to get a seat 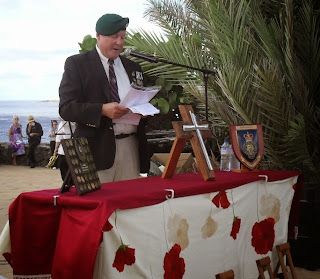 An ex-Royal Marine conducted the service 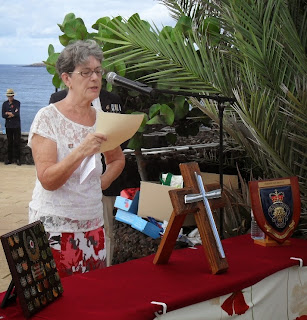 I read the Act of Commitment in Spanish 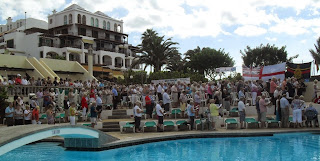 Isn't this a beautiful setting? Westhaven Bay holiday complex in Costa del Silencio, Tenerife. The Belgian owners make us welcome every year in memory of the help given to their country by Britain in WW2. 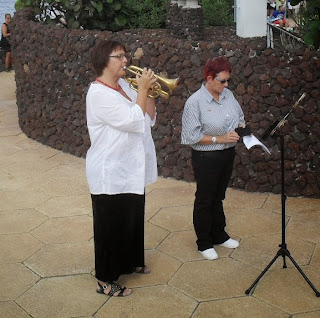 The Last Post and Reveille still give me goosebumps! 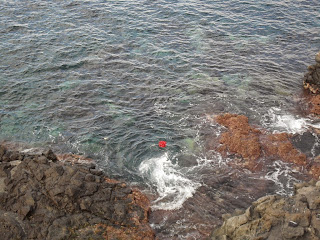 Having no Cenotaph, we cast a wreath on the waters in memory of those lost at sea. 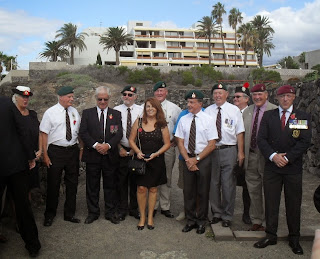 Helen Keating, British Vice-Consul, with a group of Marines 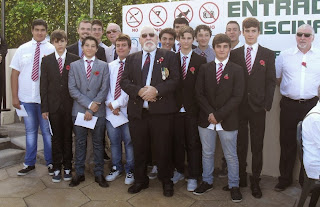 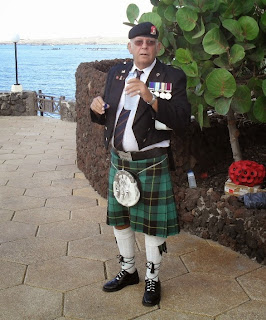 Duncan wasn't the only Scot but his was the only kilt. 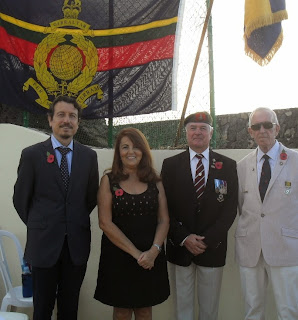 Jesus Morales of the Tenerife Cabildo, Helen Keating, Vice-Consul, Paul Grey, RBL Vice-Chariman, and Don Young, RBL Chairman, standing beneath a Standard 'liberated' from Gibralter, which we all thought was too good a photo opportunity to miss!

Meanwhile back in England my younger grandson Leo carried his Cub Group Standard in procession through the village. There is hope for the future if the youngsters are taught what the results of war really are.
LEST WE FORGET