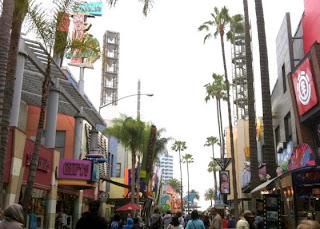 “What do they look like to you?”
“Ants,” Jin said instantly.
“That’s the standard answer,” the examiner replied, “You’ll have to do better if you want to be allowed to land on this planet.”
Jin tried again. “A migrating herd.”
“They’re not migrating – they’re not actually going anywhere.”
“But they are animals and there’s a lot of them.”
The examiner sighed. “I’m looking for a much simpler word. Look at them again and what’s your gut reaction?”
Jin realised she was trying to help him and the penny dropped. “Food.”
“Finally!” she smiled. “Pack your weapon and let’s go.”

http://rochellewisofffields.wordpress.com/  for the photo that prompted this story, which I wrote in a tearing hurry because I should be packing!
We are off the England tomorrow for two weeks to help my mother celebrate her 90th birthday and to catch up with children and grandchildren. Fortunately my daughter here will water the garden, because the little rain we've had isn't enough.