One of the things that causes visitors to Tenerife to take a horrified step backwards is the Canarian habit of putting toilet paper in a bin rather than flushing it away.
When my daughter and her husband first came to live here they refused to use the mini-bin in their rented apartment because the idea disgusted them. Until their landlord, who lived downstairs, told them that he'd had to get the local equivalent of Dynorod in - the sewage pipes were not wide enough to cope with anything other than 'natural waste'. 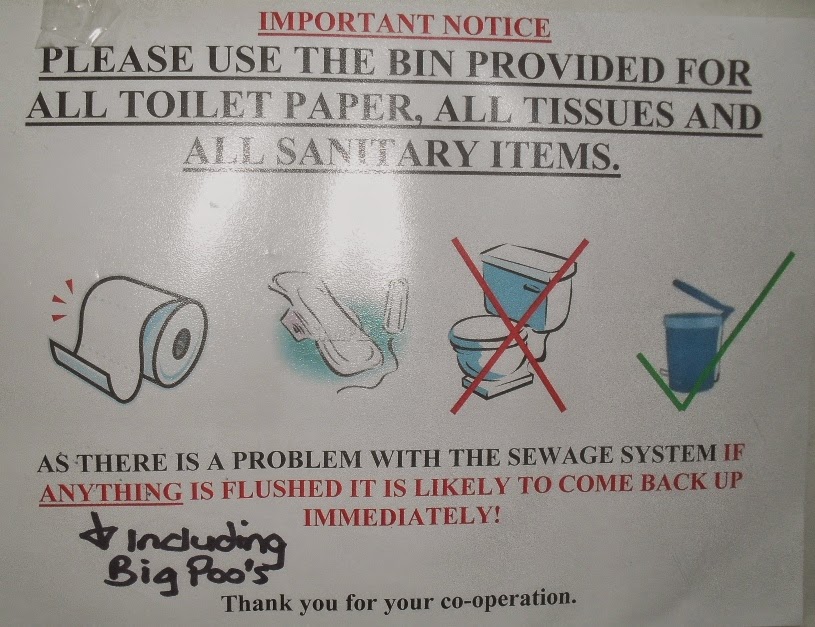 The bar where we held our RBL meeting last night is obviously having similar problems.
Posted by liz young at 14:49