WHAT I DID ON MY HOLIDAYS! 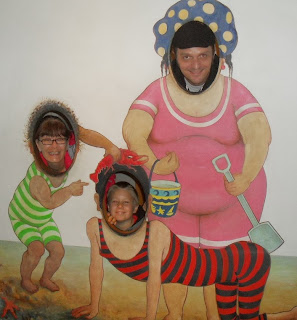 I've been to England - where else could I have taken a photo like this in an otherwise sober museum?
We had planned to go on Brighton Pier but it was raining heavily, so Brighton Museum in the grounds of the Pavilion got our vote instead. 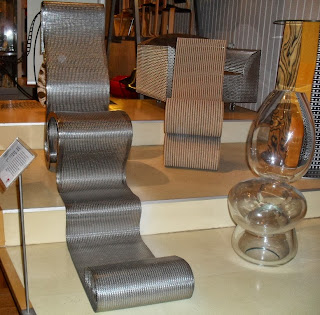 The first thing my elder grandson noticed was the grey metal chair just inside the entrance. It looked fun but the question that popped into my mind was "Why?"

There are various rooms filled with thousands of things, including ethnic outfits from New Ireland. No, I had never heard of it either, but the map showed it to be an island somewhere near New Zealand. 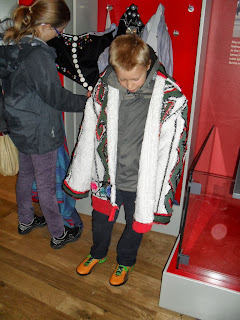 The coat was more like a rug, and heavy enough to make a child sag at the knees.


The boys loved the fact that you could actually try things on without getting into trouble. 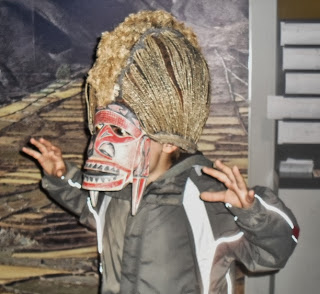 In the Local History Room we learned that the Palace Pier was preceded by a Chain Pier that succumbed to a storm just as the West Pier did some years ago.
There is an Egyptian Room where you can help to embalm a mummy by removing it's insides - only on screen, of course!
Lots of lovely china, ancient and modern, and so many artefacts that we will have to go back. That's not a problem, even with a family, because it's FREE! 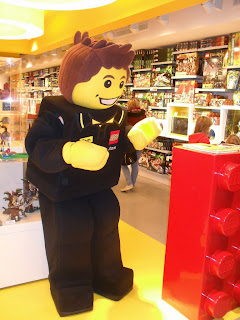 And then, to [please my family of addicts, we went to help the Lego shop celebrate it's 10th birthday. 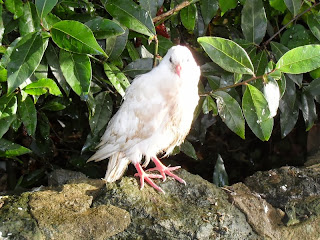 When I returned to Tenerife people asked, as they do, "How was England - cold and wet?"  Well, yes it was for a couple of days, as this bedraggled dove bears witness, but we didn't let that stop us enjoying ourselves. Most of our fortnight was lovely. 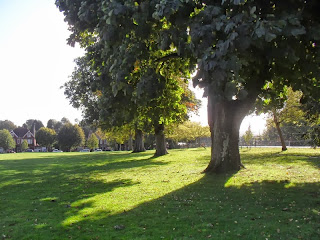 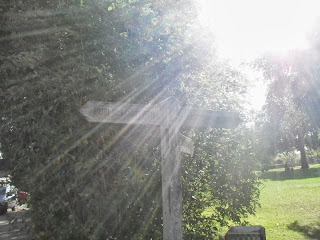