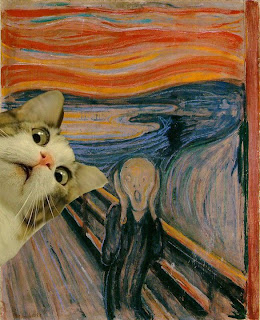 AARRGGHH!!!
I nearly killed a cyclist today.
Not deliberately, I hasten to add, though from my language when I missed him you could be forgiven for thinking so.

I was approaching a bus stop in front of which is one of those traffic-calming humps with a zebra crossing painted on top, so I was going slowly. Between me and the edge  of the road was a cyclist and. just as I was about to drive over the crossing hump, he swerved and rode across it practically under my wheels.
No hand signal, no indication whatsoever - he just went for it. Stupid, stupid man!

These cyclists seem to think they have the right to chop and change between being a vehicle or a pedestrian. Is it only in Tenerife that they behave so badly?
Posted by liz young at 18:12