BEST LAUGH I'VE HAD ALL WEEK 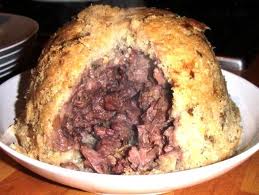 Having decided to unclog my brain by leaving the apartment, I headed for Iceland - the supermarket, that is, not the country. We do 99% of our shopping in Spanish shops, but there are times when we just have to have a taste of home, and as the OH has announced it's time to make his annual Steak and Kidney Pudding, we need suet.
Inside the shop I grabbed a basket and headed for the bargain freezers to see what's on offer this week. Birds Eye Frozen Fish Fillets in two varieties, reduced from 6 euros something to 2.95 - they'll do for an emergency, I thought, and then I looked at the notice on the freezer.
Perhaps I should explain that any imported goods are required by law to display their ingredients in Spanish, so the importers must get someone to translate and make stickers - (which they usually put right over the cooking instructions.)
Iceland go a step further for the sake of their Spanish customers, and  also label the freezer in two languages. This is a great idea as long as the person doing the translation actually speaks Spanish and isn't simply working from a dictionary. 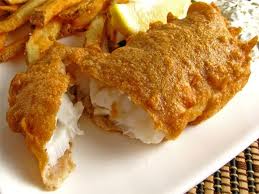 "Fish in Breadcrumbs" becomes "Pescado Empanada" which is correct, but "Battered Cod" was translated as "Pescado Maltratada"! Ill-treated fish?
I giggled all the way to the suet shelf.