BLUE SKIES, nothing but blue skies... 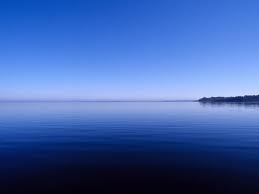 We have had no rain for over a year – one shower exactly seventy-four seconds long doesn’t count – and the Government have finally admitted there’s a sequia – a drought. They have asked people “not to waste water” though they haven’t actually banned its use – that might cause an uproar – and we can’t upset the tourists by asking them to use less. The street cleaners are still hosing debris off the pavements rather than sweeping first, and the public gardens are still watered daily, often with sufficient pressure to wash passing cars as well.
Savings are being made, of course. The plantation owners have been suffering from cuts in supply, frequent enough for some of them to be reduced to watering their fields by bucket – an arduous task in temperatures of over 40*C. Private complexes such as ours have tried to economise by reducing the number of trees in their gardens, so we have had the sad sound of chainsaws. 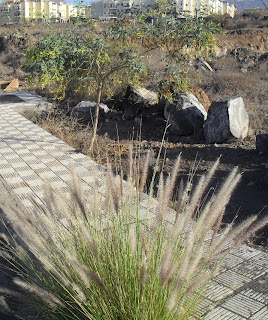 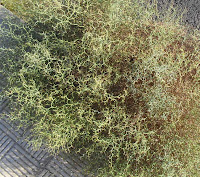 Despite all this, nature refuses to lie down - there must be some moisture in the air because my bedroom door is sticking. The barbed-wire plant has gone from grey to green, the weeds on the abandoned building site look healthy, and even the pepper-tree stumps are trying to grow again.
¡Viva la naturaleza!
Posted by liz young at 14:40