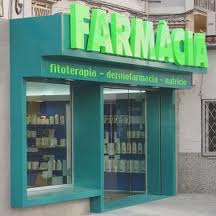 Those of us who live in Tenerife must bow to the inevitable, along with mainland Spain. The euro countries are toppling one by one, and sacrifices have to be made if we are not to follow suit.
We are going to have to pay for our prescriptions, even if we have been exempt until now. There's a sliding scale - six different levels, apparently - on which the charge will be levied. Contributory pension retirees will pay 10% of the cost of the medicine up to a maximum of 8 euros a month.
According to the President of the Tenerife College of Pharmacists, William Schwartz (good Spanish name there!) their computers are all primed with info from the Dept. of Soc. Sec. and ready to roll. He is quoted thus in our local paper:
"There will be few problems if all goes as planned."
Oh goody - so that's all right, then. 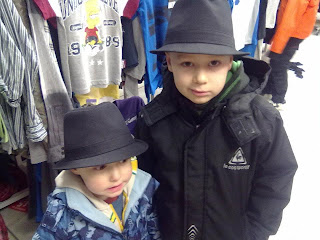 Meanwhile, if my minuscule pension  doesn't last the course and I have too much month left at the end of my money, I shall be sending "The Boys" round to see Senor Schwartz. (Aren't they just gorgeous?)
This is the only warning he will get.
Posted by liz young at 18:35