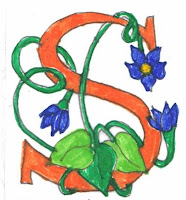 SUN, SEA (and another S that I can’t remember at my age) are why the average tourist comes to Tenerife. The sun can be relied upon to shine almost every day, and even a winter holiday can result in a tan to cause envy among those left at home. In high SUMMER it’s too damned hot, which the Tourist Board won’t tell you, and out electricity bill shoots up because we’ve got the ceiling fans on day and night. Especially at night, when even naked you’re too hot to SLEEP.
Our apartment block SHARES a pool with the next block – 160 apartments in all – and in the two and a half months of SCHOOL holidays the noise level is such that it seems every child is in the pool. When the temperatures reach 40+ there will also be groups of women chatting in the SHALLOW end, up to their SHOULDERS in water, and I have seen mothers holding tiny babies in the pool for a while to cool them down before putting them to bed.

My theory is that if the air temp is greater than 37◦F then your body overheats enough to make you SICK – mine does, anyway. If I was rich I would SPEND July, August and September in England, rain and all.

This of course is what SWALLOWS do – they fly SOUTH for the winter. I’m not talking about the birds, but the people. Some own apartments or villas, but many more rent for a few months at long-term rates, like we did when we first arrived here.

They bring their social life with them, meeting the same friends every year, playing bridge, eating out, line-dancing. Local groups such as the Lions actually time their dinner dances and other social events to coincide with the Swallows. 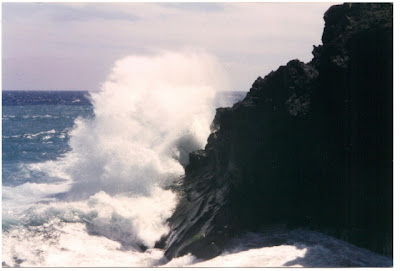 SEA For more than half the year the sea is packed with people SWIMMING. Local children are taught to swim before they’re out of nappies – very sensible on an island – and by the end of summer every child is a healthy brown. On Las Galletas beach I have seen grandparents being helped into the sea, where the waves take the weight off STIFF hips and bodies remember their younger days. There are also boys (oddly enough, never girls) on SURF-BOARDS riding the breakers – locals who know where the rocks are – this is not a forgiving coast for the uninitiated.
You can take boat trips to see the whales and dolphins or go fishing in the deep waters that surround the islands. There are ferries to other islands – it’s less than an hour to La Gomera, our nearest neighbour. And the SUNSETS over the sea are SPECTACULAR when you can SIT on a terrace or promenade, SIPPING a SUN-DOWNER.
Some people would choose SANGRIA, a refreshing drink and very pretty with its fruit and mint leaves in a frosted jug clinking with ice cubes. It’s not to my taste and, like punch, you never know what’s in it. If I get drunk I think it should be my fault, not a waiter’s.

SCULPTURE or STATUE? Is it a sculpture if it’s been poured into a mould? Can it be a statue if it’s not a person? I don’t know, but this creation has appeared in the fancy new park that’s being built in our village. No doubt as SOON as the gates are officially opened it will be SPRAYED with graffiti. Cynical? Moi? Perish the thought!
Posted by liz young at 09:20