I am sitting up in bed with a sore throat and a temperature so this will probably be a bit garbled.
I have had a strangely similar conversation three times this week, in which I was encouraging others to write. 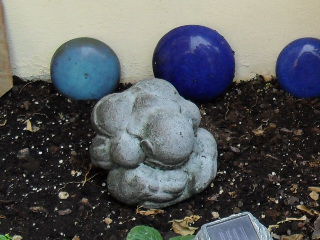 The first was D whose personal diary of his solo Atlantic voyage I typed up for him. I then said he should at least publish a few copies for his grandchildren and suggested some modest improvements,. That was before Christmas and he has followed my advice by adding photos and a rigging plan to explain his references to sails.
Then blow me down - from an initial reluctance even to consider his "scribblings" as a book (40.000w) he has come to two Writers' Circle meetings with me. On the way home last Monday he said, "D'ye know, Liz - I might even try my fist at a short story."
Then P turned up to stay with us for a week of R&R and we got talking about his writing. He says he likes describing scenery, settings etc, and can visualize his characters easily, but gets bored with his plot when only two chapters into a book. Try writing short stories, I said, and he might do just that.
This morning the OH and I attended a reception for the British Ambassador to Spain in Santa Cruz. (I'm only along as spouse of the Chairman of the RBL) and there was N, a woman I met last year in Madrid, waiting in a designated spot to have our hands shaken by HRH Charles. N had an MBE for being a prison visitor for many years, and she said, as you do, "I've got enough stories to fill a book."I said "Why not try?" She took my email address and said she'd be in touch. Of course she didn't, but today she decided my re-appearance must be a sign to get on with writing.
So am I a floating muse?