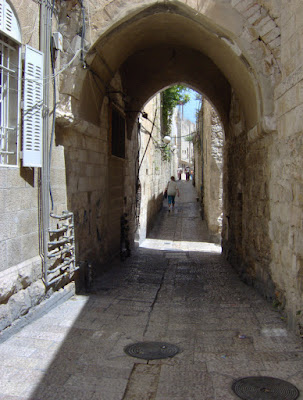 A PATTERN OF SIX

Six years I had been imprisoned – I was only a child when they forced me into marriage.
It took me six days to find the key – by then I was starving and he was stinking.

The open door terrified me. I counted those water pipes many times before I took the six steps to the tunnel with its sheltering roof, dashed over the cross-alley to the safety of tall walls, and bought enough food for six in a dark little shop.

Only then did I return home to clean up the blood.
Six knife wounds make a dreadful mess.

BURNING THE PASSPORTS - and TRAVELLING - TWO stories in 100 words each. 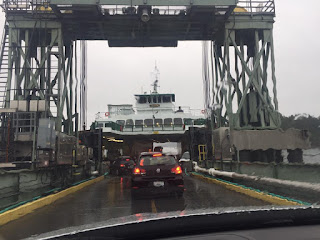 It was supposed to be a day of relaxation – drive into the French countryside, eat moules in a tree-shaded cafė, stock up with goodies and head home.

It was dark when we zigzagged through burning tyres, dodging masked men brandishing weapons.
“They only stop lorries,” Dave said, just before a torch blinded him and the door was wrenched open. Not a gendarme in sight as our wine hit the road and two men squeezed into the boot.
“We have guns,” they said, “Drive.”

I was happy in that quiet close – trees for shade, some lovely flowers, and the cats kept the birds at a respectful distance. The furthest we travelled was to a local market – nothing too adventurous, until we went on a day trip to France. 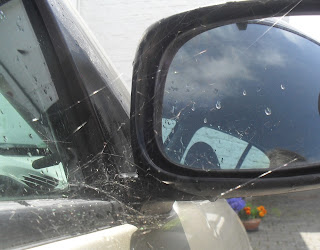 Miles on the motorway, far too fast – anything over fifty upsets my digestion. Then, after hours in a smelly ship, we’re driving on the wrong side of the road!
The moment we got home I moved out. The people next door never go anywhere – I’ll be much safer living behind their wing mirror.

The second tale? Well, that cobweb appears with predictable regularity on my car, and on one occasion I actually spotted the spider nipping back behind the mirror. Which I can't take out, so he stays, living an exciting life in the fast lane and catching flying insects in his seine net.

These stories were prompted by Ted Strutz's photo posted on Rochelle's blog for Friday Fictioneers. To read other stories, follow the links from  https://rochellewisoff.com/
Posted by liz young at 11:23 35 comments: 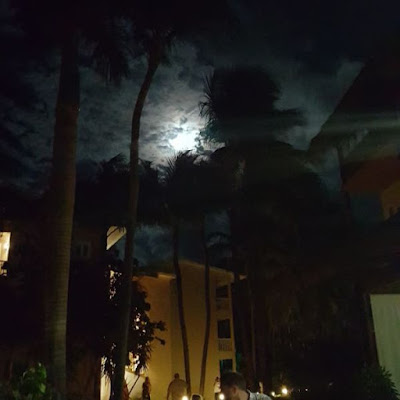 Six of us flew to Tenerife for Leanne’s hen do. The apartment was pretty basic, but it didn’t matter because we were out every night.
In one nightclub this creepy bloke bought us all drinks, and when we staggered home in the pitch dark he tried to kiss me. Eeuuw!
He pinned me against a palm-tree – I still remember his long pointed teeth – but then the moon came out like a spotlight, there was a horrible screech, and a black shape flapped up into the tree. When I looked round, the bloke had just vanished.

THE FANS - one hundred words for Friday Fictioneers 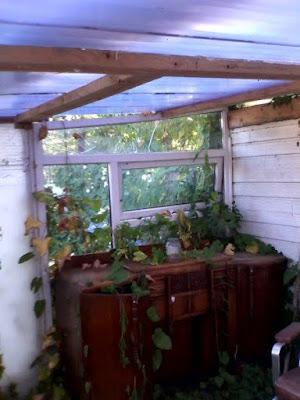 Maggie and Nell were Valerie’s staunchest fans, reading each book the moment it came out and discussing every bodice-ripping page over glasses of Prosecco.

When Valerie died they wore black arm-bands and planned a pilgrimage.
After months of research they found the place, but the caretaker was reluctant to admit them.
“We only want a quick peek,” Nell pleaded, but Maggie’s fiver was more persuasive. He pocketed it swiftly. “Don’t touch anything.”

They walked down the brick path, found Valerie’s retreat beneath rampant roses, and stepped inside reverently.


After a long silence, Maggie said, “Well, she always did love nature.” 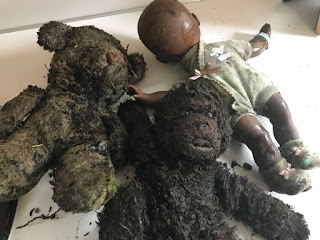 Clinging to Pedro’s waist, Tom lifted his legs out of the water to reduce drag. As they raced downstream the banks became a blur, only the occasional streak of colour when a bird took flight breaking the monotony. Tom yelled with the sheer thrill of speed, his voice bouncing from the green walls.
As they rounded one of the many bends, he caught a glimpse of movement. Two creatures scrambled up the bank and vanished in an instant, but the sight burned into Tom’s brain – their mud-streaked bodies were naked, and they walked upright – just like the Humans in Grandfather’s bedtime story.
...................................................

When I saw this week's photo for Friday Fictioneers I couldn't think of a short story - until I thought of the book I am revising at the moment, and which needs an insert for the sake of continuity. So this is it - one day soon I hope to publish the entire book - A Volcanic Race.
Thanks to Rochelle at  https://rochellewisoff.com/ for organising rhe group, and to Karuna for the photo which reminded me of something I needed to write!
Posted by liz young at 10:42 28 comments: