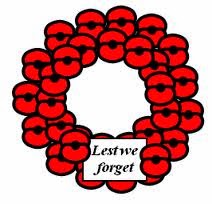 We have a busy couple of weeks ahead of us - my OH has been Chairman of the Royal British Legion Tenerife Branch for the past twelve years but is retiring this year. Before then he hopes that our members - all 17 of us - will win the Noel Rogers Trophy for the most Poppy Appeal money collected per capita. We have won it seven times in a row - last year we raised over €11,000. - and other branches haven't even come close!
So, with the Official Launch this Saturday, poppies to distribute, collecting boxes to round up, the Remembrance Service to organise, and the AGM to attend, the OH is a bit stressed, and my writing has had to take a back seat.
o
Therefore I wrote this week's 100 word story in a coffee break half-way through shopping for groceries. Thanks as always to Rochelle for the photo prompt.
http://rochellewisofffields.wordpress.com/ 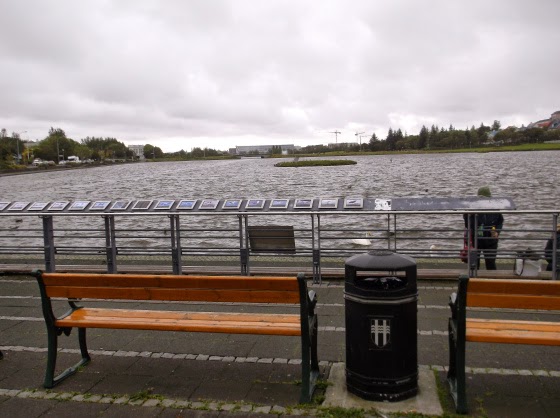 Each photograph identified a building on the skyline but Buffalo ignored them. He climbed over the barrier to the beach where, with wavelets lapping his boots, he could open his memories.

Instead of buildings, trees and totem poles scraped the sky; tendrils of smoke pinpointed his village and their nearest neighbours a mile away; kayaks bobbed on the lake and water-birds soared.

Then a siren burst his dream and a patrolman said, “No-one’s allowed down there – go home.”
“I fished this lake before you were born,” Buffalo said, but he went.

Overnight all the photographs were obliterated by tribal symbols.

Please leave a comment - I promise to anwer them all!
Posted by liz young at 17:54