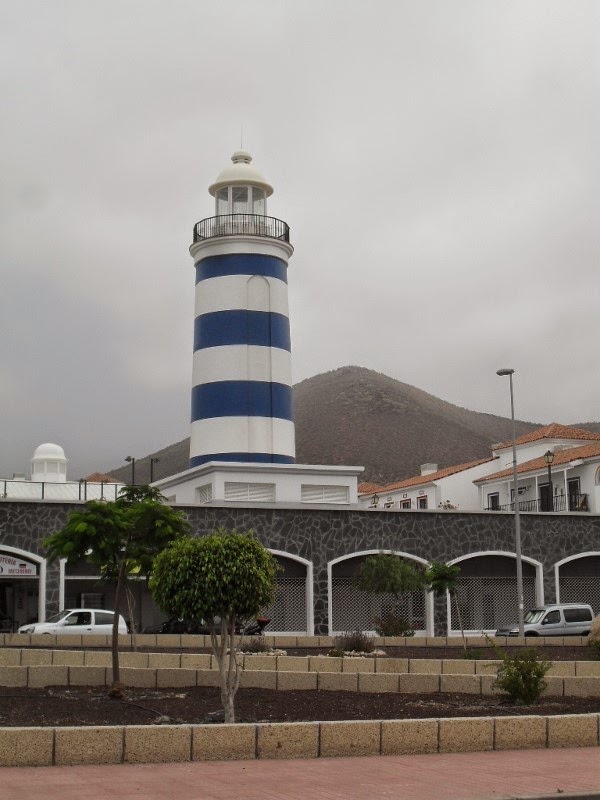 Returning for a brief visit to one of my original intentions for this blog, here are a few things that make me shake my head in amusement.

It's a lighthouse, right? Not really.
You could see the sea if you stood on the balcony at the top, perhaps - it's only about 10 kilometres away - but it makes a good location point in a place where street names are a metre long. 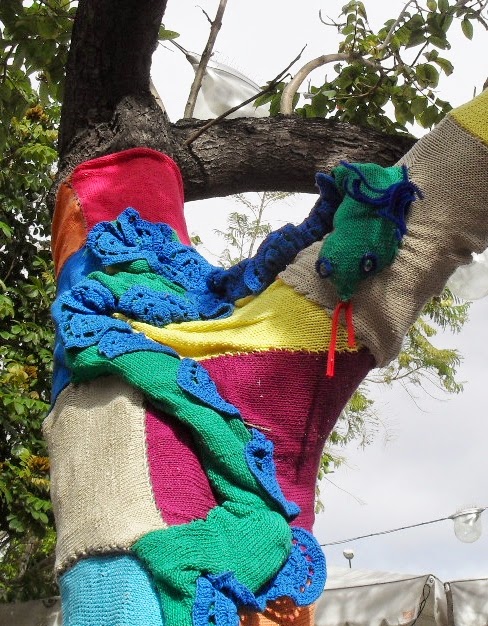 Isn't this fun - a knitted snake wrapped around a tree in the main seafront area of Santa Cruz.

It cheered us up on the way to a hospital appointment, which was presumably the intention - to put a smile on people's faces.
It worked for me! 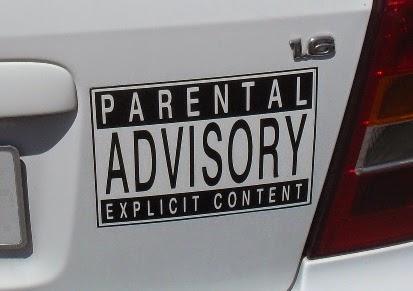 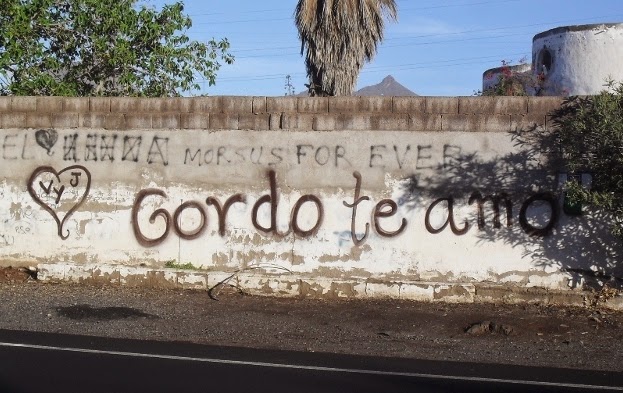 Some graffiti on the wall of the ruiined bull-ring - "FATTY I LOVE YOU"
- which could refer to any one of the dozens of obese youngsters we see around. It's good to know they're not missing out despite their bad eating habits. 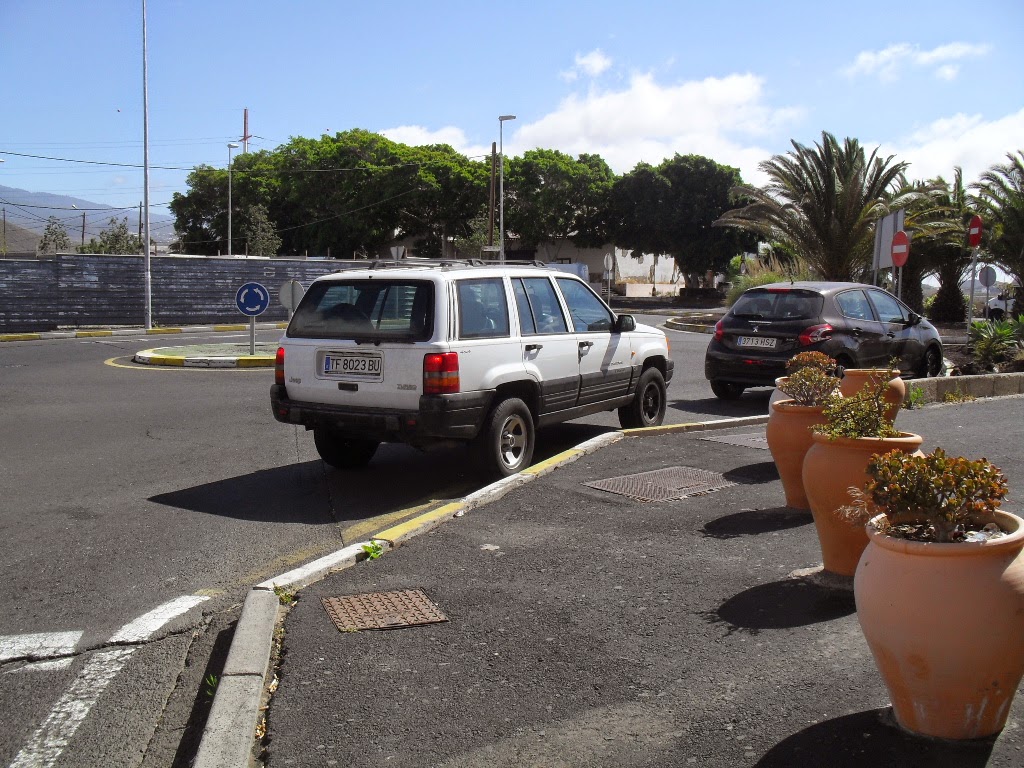 Roundabouts were introduced in Tenerife about ten years ago. They were obviously designed to create handy parking for the shops nearby. This is only a mini roundabout but I've seen the same disregard for common sense in the centre of Los Cristianos! 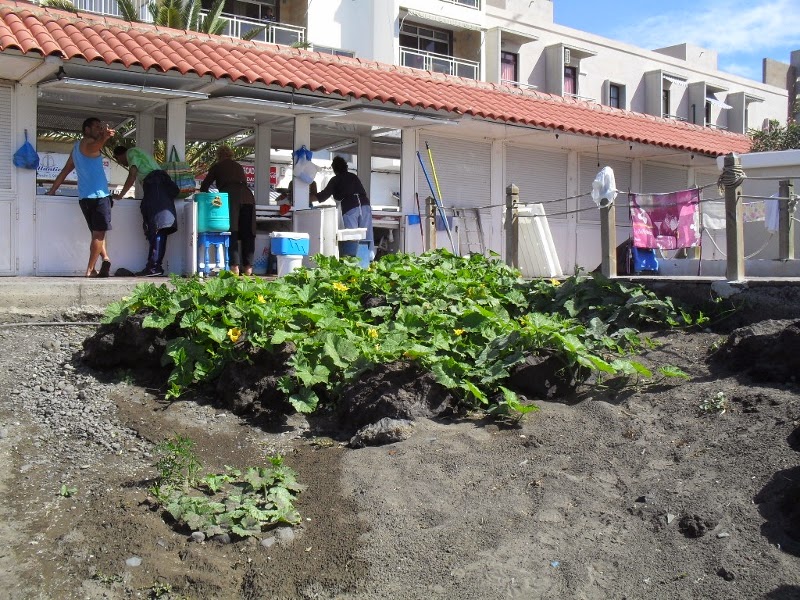 And finally -
where else would you find melons growing on the beach?

- unless you know otherwise?
Posted by liz young at 10:34