This is the official poster for Tenerife's Carnaval 2014. The theme is Animation, and the costumes are as fantastic as ever - there is a woman in there somewhere, though how she carries all that weight is a mystery. 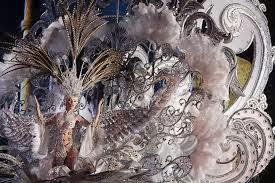 Last night - Saturday 1st March - was the first night of the festivities, and the crowds numbered in the thousands. 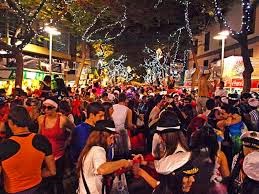 So perhaps it's not surprising that the first report I read in the local paper this morning was about the number of people who needed treatment in the temporary tented Hospital de Carnaval organised by the Cabildo and Cruz Roja.

The statistics were: 84 adults and 8 children treated.
40 due to alcoholic intoxication: 6 due to 'stupefying substances' - don't you just love that euphemism! :5 'ordinary illnesses: 7 'traumatic injuries': 5 falls: 11 injuries caused by aggression: 9 due to other causes.
Of these only 9 ended up in the standard hospital, so the temporary one is obviously doing a grand job.

Oh yes - and to end on a positive note - there were no arrests. When half of the very macho Tinerfeno men are dressed like this, the police were probably too bemused to arrest anyone! 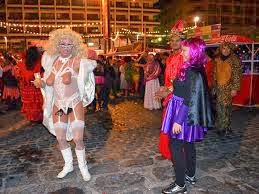